Lake Baikal is one of the main wonders in Russia. It is especially beautiful in winter. Where else can you see a huge lake not covered with snow? When you step on the ice you feel like in outer space, there is a meter of clear ice and a kilometer of the purest water under your feet. We make this tour with maximum comfort and safety precaution as possible: most experienced drivers, rescue service at hand and best possible brand-new hotel of Baikal lake.

Our trip starts with morning arrival to Irkutsk. You must arrive no later than 10:00 this day or the day before. I recommend to arrive one day earlier. Please take S7 or Aeroflot flights – via Moscow if you fly from EU/USA. If you fly from Asia, flights via Vladivostok might be an option. Our cars with your English-speaking guide will be waiting for you at the airport or pick you up from hotel. I recommend to stay at hotel Kupecheskiy dvor.
On 11 February we are on our way to the Baikal lake. The journey takes 7-8 hours through endless Tazheranskaya steppe and by the evening we reach the ice waterway to Olhon Island. Olhon is a huge rocky island also known as the heart of the Baikal. These are the grottoes of Olhon where the marvelous caves appear. The accommodation is at the comfortable and neat hotel with room facilities in Olhon – we stay in brand new hotel built in 2016, it reflects the European standard of accommodation. The program and safety measures on ice will be discussed while traditional Russian dinner at the hotel restaurant. 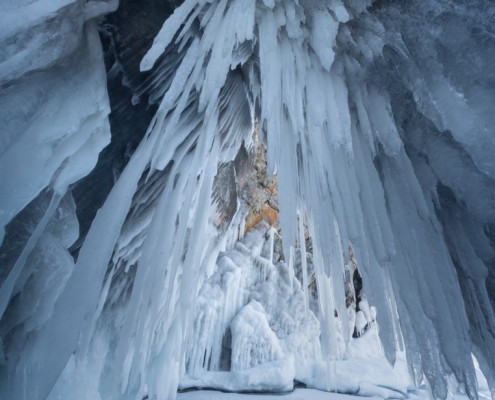 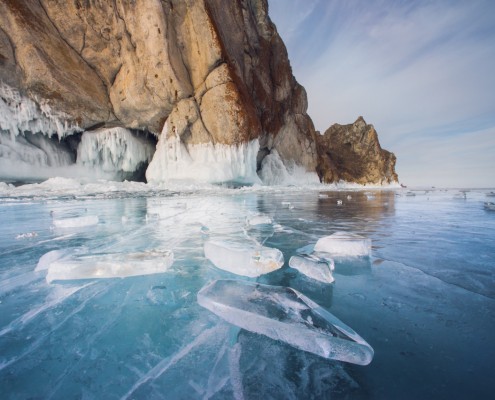 Today we are shooting the Baikal from bird’s-eye view above Uzur cape. You will see the Northern part of the Baikal not far away from the cape Hoboi again. From high above there is a wonderful and splendid view to the Barguzinsky mountain range and to Olhon (the Baikal is 70-100 km in width here).

Burhan point was historically named so probably because of the locals’ traditions to sacrifice to Buryat spirits in the rock’s cave. Moreover, there was shamans’ burial place there. The rock itself is located in the West of Shamanka, it’s 3 meters height and a long narrow passage goes through the rock in the East. Nowadays the cape is more often called Burhan. “Burhan” is the word that Buryat Buddhists call the Baikal tribal God. “Bur” is another name for Buddha. In old days there was a Buddhist chapel in this Shamans’ cave. There were a lot of statues of Buddhist gods, icons, incense sticks and different things for sacrifices inside of this cave. 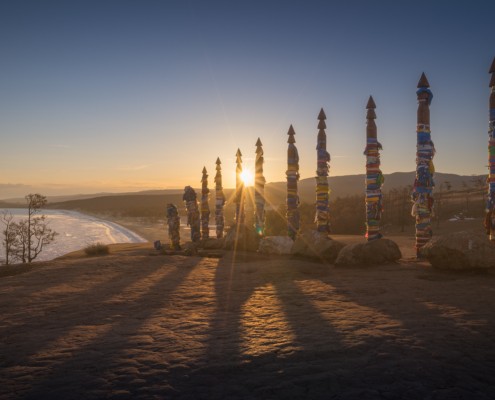 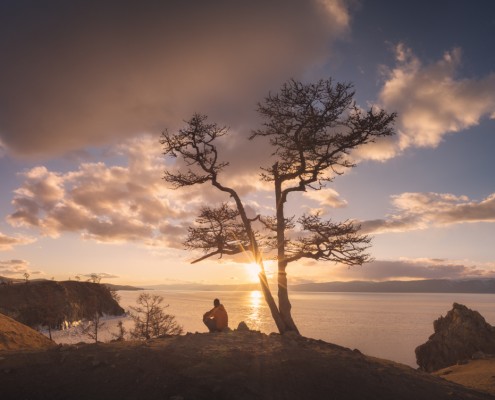 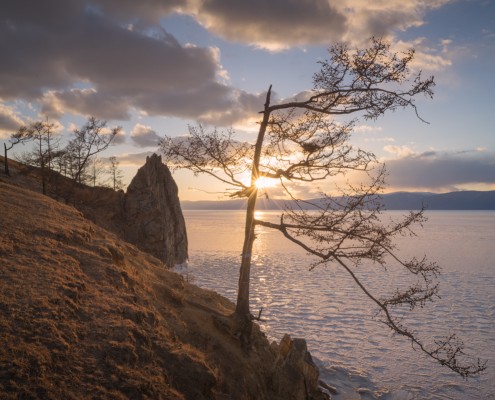 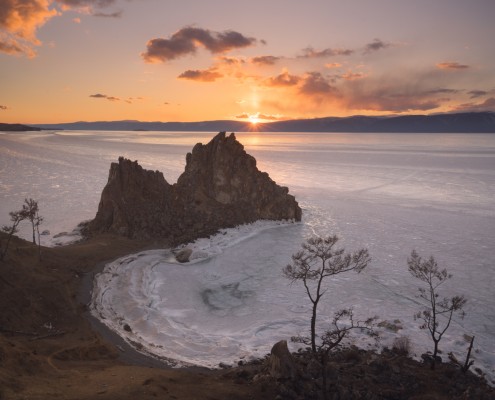 We continue to explore wonders of Narrow Sea close to the picturesque Baikal islands, capes and ice caves. We live in one place all the tour long and use this place as a base for everyday photography sessions. We have lots of nice locations prepared for you! 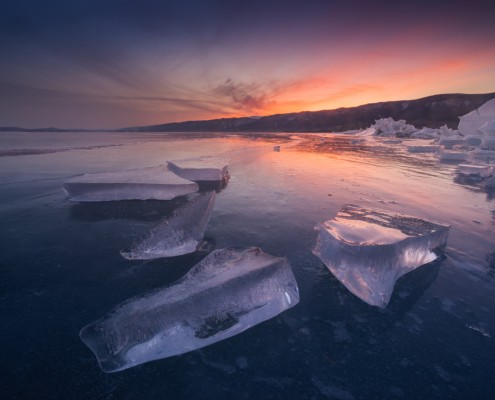 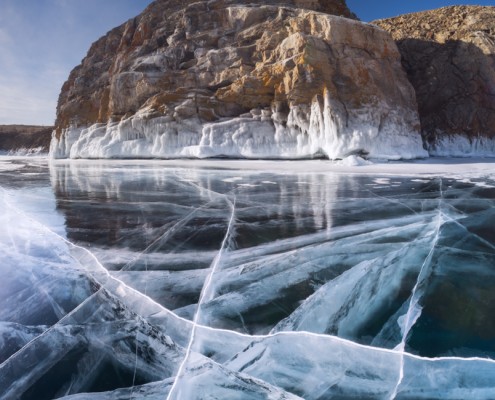 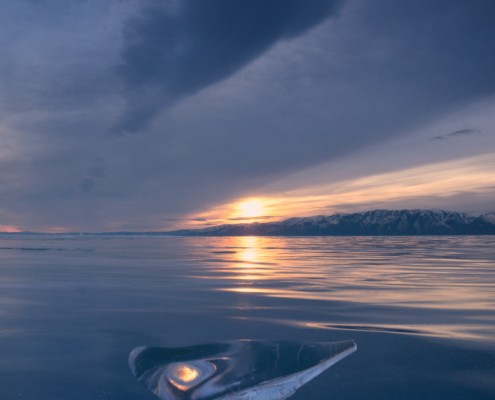 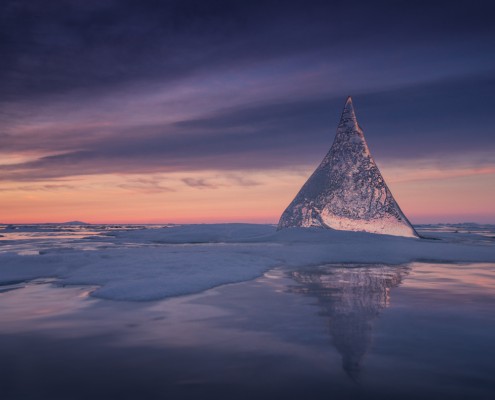 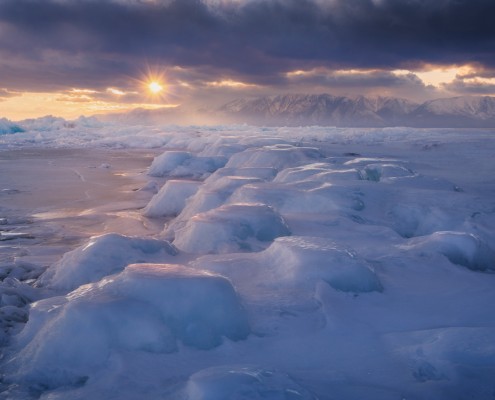 After sunrise session at Baikal ice we return back to hotel, have our breakfast and depart to Irkutsk. The road will take up to 7 hours.
Final dinner in traditional restaurant with tasty Russian dishes.

Departure back home in the morning/night 16-17. Participants usually depart from hotel to the airport in different times by taxi.

Price: please inquire sending mail at satorifoto@gmail.com or via form below the page

This tour is guided by Anton Agarkov. Anton is a travel and landscape photographer based in Moscow. Anton spends more than 200 days a year traveling mostly in Russia and Central Asia focusing on natural reserves and hart to reach locations. For the last five years Anton organises photography expeditions and workshops. In 2014 singlehandedly organised 6 months expedition over Central Asia covering 4 countries and multiple nomadic cultures of this region. Works as a landscape and travel photography tutor. Tamron Ambassador and Marmot pro-rider and photographer in Russia. On egular basis works with companies such as Carl Zeiss, Nikon, Gitzo.